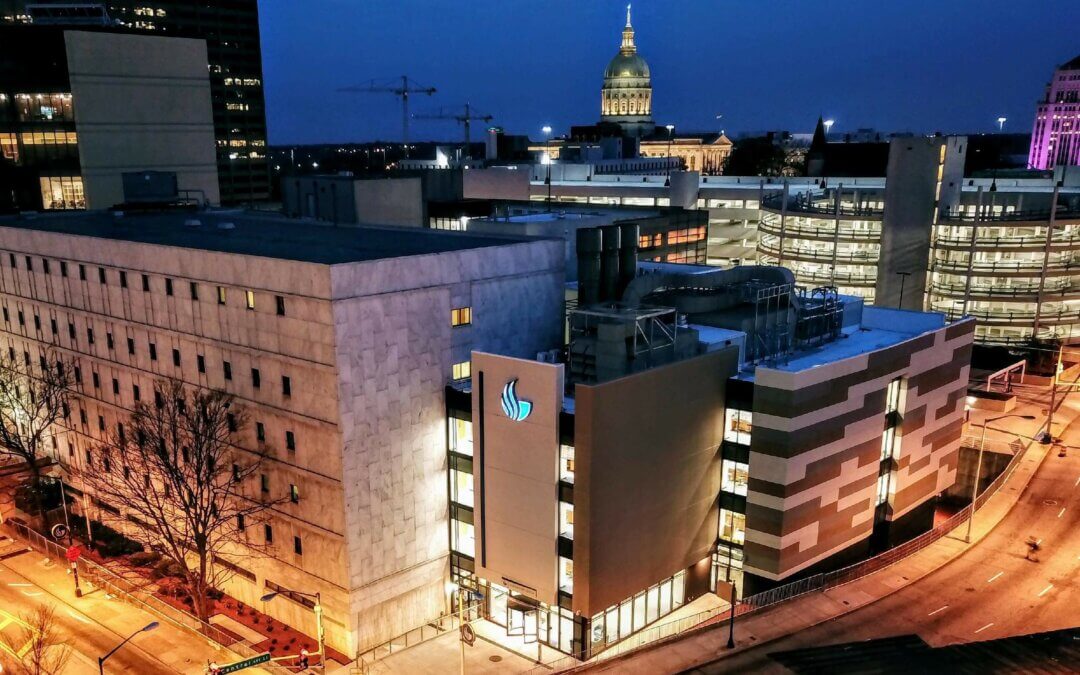 “The Classroom South building at Georgia State has been an exciting and logistically challenging project for us, and now we are eager for students and faculty to take advantage of the final product,” said Huntly Gordon, president of New South Construction. “New South has a proven track record with higher education campuses across the Southeast delivering sustainable classroom buildings with little disruption to the campus and learning environment. This was truly an example of building on a postage stamp with every logistical challenge you could present a team with.”

Phase Two of the project features a new five-story, 35,000-square-foot expansion of Classroom South that connects to both the original building built in 1968 and Phase One which New South also built. The second phase of the project provides a new monumental entrance to the Classroom South building and includes the addition of a large tiered lecture room and lobby on the first floor. Floors two through four of the addition feature chemistry labs, biology labs and lab prep spaces.

“This addition is the second and final phase of an expansion to the Georgia State Classroom South Building, one of three primary classroom-dedicated facilities on the campus,” a report by the Board of Regents of the University System of Georgia stated. “The Phase One addition to this building was completed in 2013 and was planned, designed and constructed to accommodate this second phase of work.”

Phase One of the Classroom South Building addition was a unique design-build project that focused on the addition of a ground-up five-story structure that matched the existing Classroom South building. The 25,000-square-foot building features four general purpose classrooms and computer labs, for a total of 16 classrooms to accommodate 700 student seats. Each level of the building was tied into the existing structure and the building addition was designed to accommodate the future expansion.