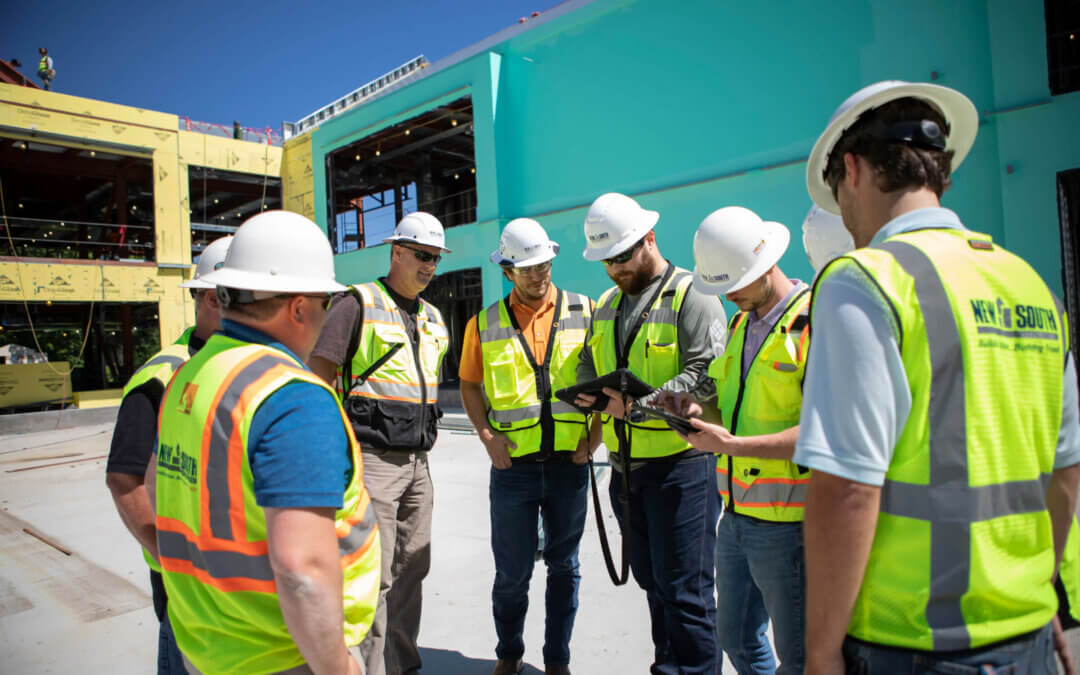 This article was written by Kim Slowey for Construction Dive.

The ABC’s confidence report is in line with other such surveys, like USG Corp.’s and the U.S. Chamber of Commerce’s second-quarter Commercial Construction Index. Those surveys revealed that contractor project backlogs were at record highs and that a healthy confidence had taken over contractors’ attitudes about their ability to win new work in the coming year.

So, are contractors around the country experiencing this level of confidence as well? Pretty much.

Sandra Roche, vice president and general counsel with commercial contractor Roche Constructors Inc., which has offices in Colorado, Nevada and Indiana, said the company is as busy as ever and that there are no signs of a slowdown at any of its locations. As far as the trade war with China, it’s not even a point of discussion and hasn’t impacted any of Roche’s projects.

Momentum is also high at Branch Builds, based in Herndon, Virginia. The general contractor, which also has offices throughout Virginia and in Charlotte, North Carolina, counts higher education, K-12 and multifamily projects in its core portfolio but performs other commercial work as well. George Nash, business unit leader in the company’s Herndon office, estimated that the company will see $400 million in new contracts in 2019. And the opportunities continue to flow, he said, with no signs of slowing.

He has noticed, though, a slight shift in bid trends, at least as far as the number of general contractors is concerned. Starting about six months ago, Nash said, jobs that used to see two or three GCs in competition with each other now see six or seven.

“Interest level on the general contractor side has picked up,” he said, “but we’re not seeing more interest from [subcontractors].”

Nash said this is a direct result of the persistent shortage of skilled labor. Some projects are having trouble getting started because those subs are struggling to find enough workers to staff them. This dearth of qualified labor, he said, is Branch’s primary concern in the coming year or so.

Nash said tariffs haven’t had much of an impact on Branch’s business directly but have created some instability for its trade partners, whose material purchases are affected by changes — anticipated or actual — in pricing.  Two of its major steel manufacturers, though, have dropped their prices by $60 per ton, he said, so it leaves some wondering how much of the material cost increases are reality or opportunity.

Even though business opportunities have not slowed down at New South Construction in Atlanta, CFO Dan Smith said the company is anticipating a possible softening of the market — and a possible tightening of construction lending — in 2020, but this would depend on how political and financial events play out. The trade war has not really impacted the company either.

“We do, however, try to make clients aware of materials and products that could specifically impact their project’s timeline and budget,” he said.

Finfrock in Apopka, Florida, near Orlando, is in the enviable position of not having to bid on work, but instead just cultivating relationships with large clients at the design phase and then negotiating contracts for its prestressed concrete and precast construction building systems.

“As a result,” said William Finfrock, company president, “we have developed the healthiest pipeline in our company’s 75-year history.”

However, he said, Finfrock has been impacted by higher, tariff-driven material prices, which must be passed on to the customer.

“My biggest concern for the next 12 to 18 months, Finfrock said, “is getting this trade war issue resolved so we can get back on track as an industry without further disruption. “Otherwise, I feel the economy is generally healthy,” he said.