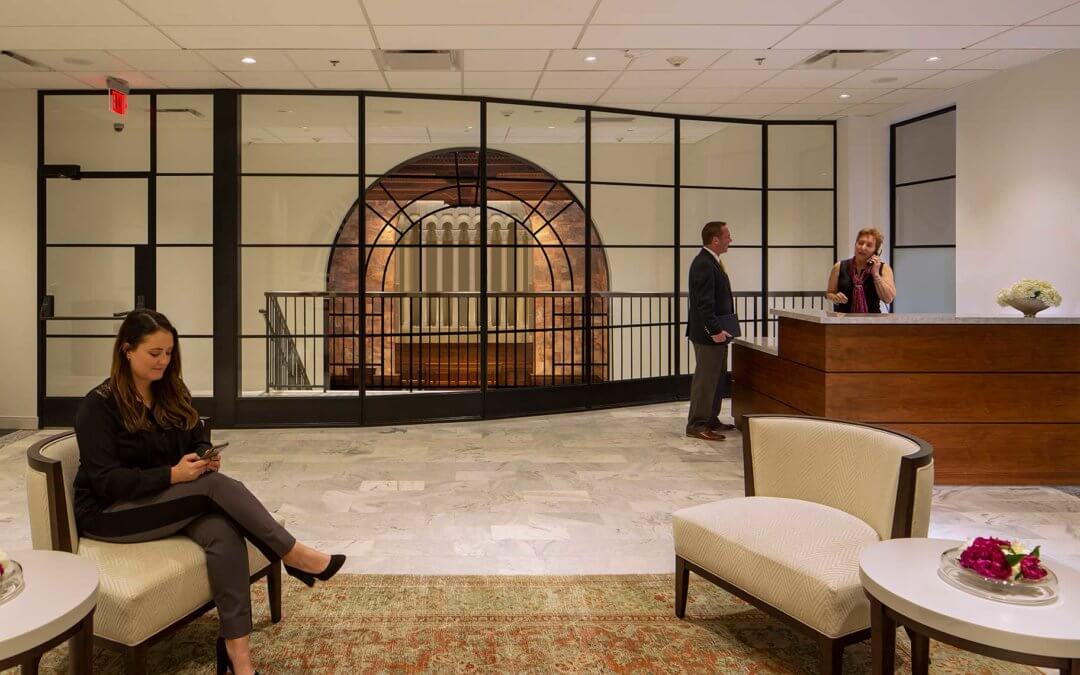 New South’s recent project at Emory University has received a First Place Award in the Restoration Category by the Georgia Chapter of the American Concrete Institute (ACI).

Emory University’s Convocation Hall project took place over a phased schedule, where the inside of the building was stripped down to the core, repaired, and repositioned with new MEP systems and finishes. One of the major challenges on this project was installing all new mechanical, electrical, plumbing, and fire protection systems in a 100+ year old building that was never designed for them. During preconstruction efforts, New South’s VDC team was able to prepare a BIM model that was accurate and helpful during the actual construction of the building. In addition to building out offices, event spaces, and meeting spaces, this project was complete with impressive finishes that were reconstructed to bring out the original architectural design and function of the building. Convocation Hall now hosts donors, board members, and influential Atlantans for special Emory events and meetings.