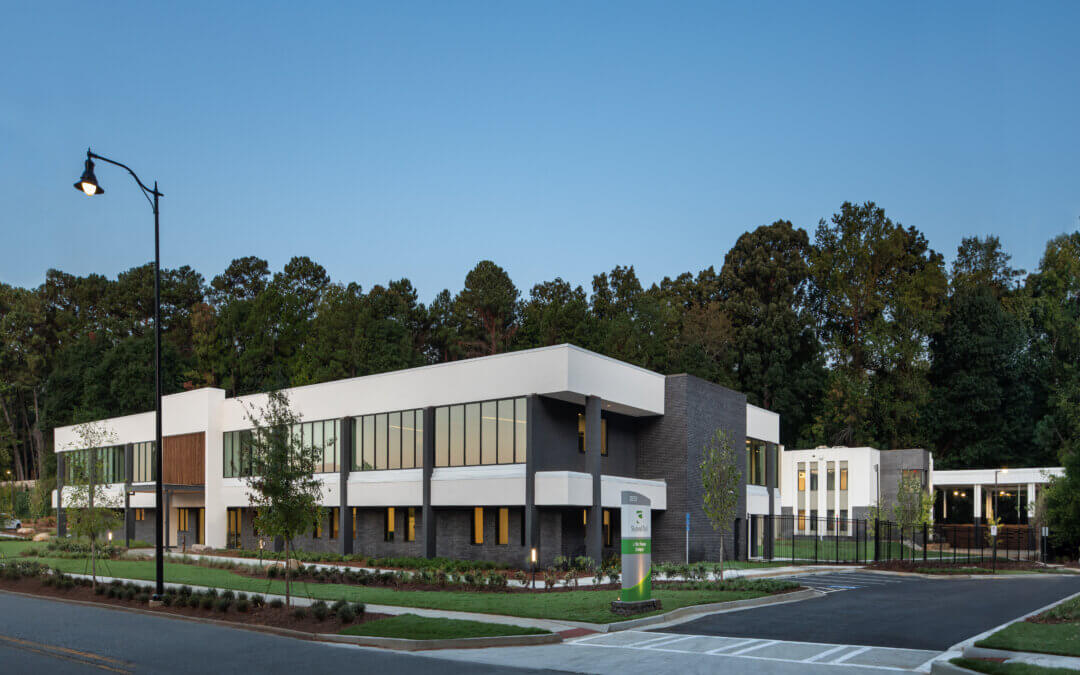 This article was written by ENR Southeast and appeared online HERE on October 29, 2020.

To deliver a new mental health treatment facility that can house and treat adolescents between the ages of 14 and 17, the J. Rex Fuqua project team of New South Construction Co. and Smith Dalia Architects had to demolish an existing building as well as construct a new wood-framed residential building. For budgetary reasons, aspects of the existing building were slated to remain. During construction, though, crews found large sections of the existing roof deck and parapet walls had dry-rotted, preventing these items from being used in the new building. Rotted roof sections also had to be cut out and replaced prior to placing the new TPO roof. The parapet wall had to be completely rebuilt, requiring new framing and sheathing. The existing soffit showed evidence of years of water intrusion and had to be replaced as well. As a cost control measure, the team decided to proceed with select demolition and replacement strategies, which required schedule changes as well as additional coordination. Despite these challenges, the $10.8-million project was delivered 71 days ahead of schedule with zero recordable incidents and zero lost-time accidents.