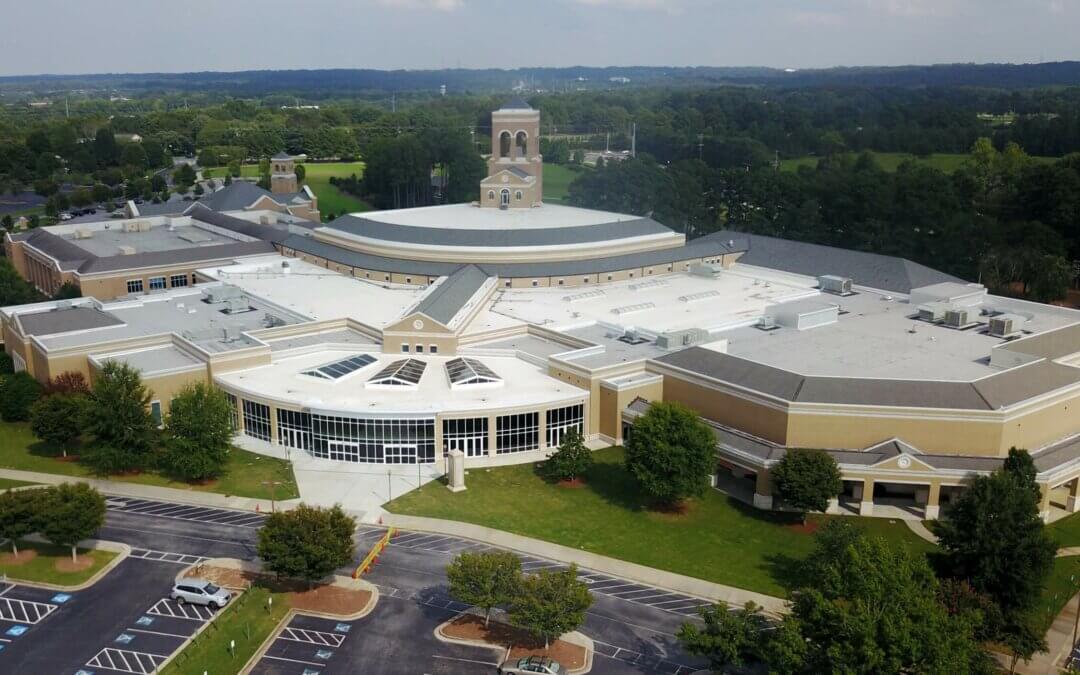 Because the church serves an active congregation of nearly 5,000, a school and various day camps, construction work had to be completed under a tight and careful schedule. Work began in September 2016 and concluded in early May 2017, just in time for the church to host its Camp All-American, the largest children’s day camp in North America.

“New South has been trusted by many religious and faith-based organizations to construct worship facilities for congregations across the Southeast,” said Doug Davidson, CEO of New South Construction. “As a member of the congregation at Perimeter Church, I was especially proud for us to be involved in this project.”

New South Construction served as the general contractor and teamed with architectural firm, and frequent collaborator, Wakefield Beasley & Associates on this project.