In order to accommodate The Coca-Cola Company’s new vending machine technology, an addition and renovation of the Coca-Cola Atlanta Syrup Plant was necessary. This project met a demanding schedule and constantly changing design requirements. The Phase 1, design and construction,  as completed in a little over one year.

Among the many challenges on the Phase 1.0 project, the requirement for working in and around an operational facility without causing disruptions was one of the most complex. This requirement impacted everything from scheduling daily material deliveries to connecting new utilities. For example, the relocation of both an active fire main loop and an active process waste main from underneath the footprint of the 150,000 square foot addition to the facility had to be executed without interruption to these utilities. Because the new process waste main could not be tied in prior to the start of construction, New South actually blocked out several  process waste manholes that were located within the footprint of the addition, poured the slab around these blocked out locations and removed the manhole structures only after the new process waste main was complete and tied in to Coca-Cola’s system. Once the structures were removed, the entire length of abandoned pipe was filled with structural grout and Coca-Cola never lost the ability to properly manage its process waste.

The project is LEED Gold certified and is powered by a landfill gas cogen plant. 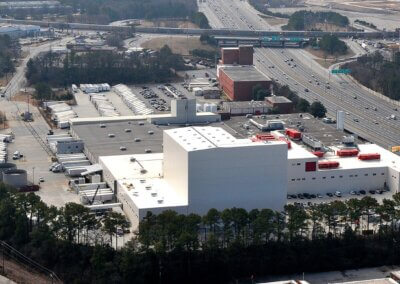 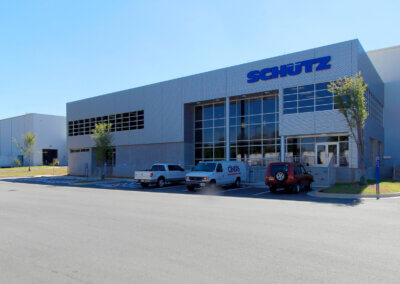 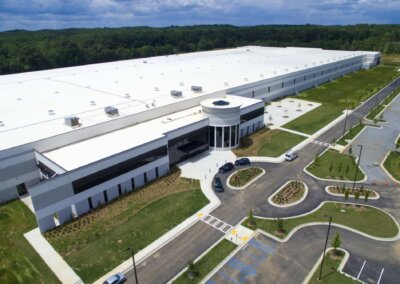 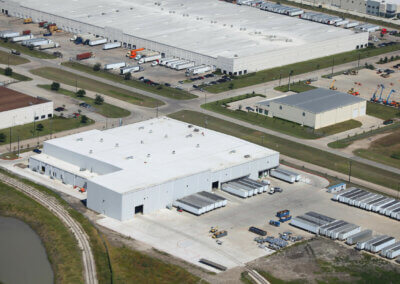