The building was a steel structure with a concrete slab on grade and slab on deck. The exterior of the building featured a brick façade with two curtain wall systems along with storefront windows in each office, classroom, and conference room. The curtain wall system displayed the beautiful interior stairway, which was a highlighted architectural feature. The stairway consisted of a tongue and groove ceiling which had long pendant light fixtures that dropped from the high ceiling. With a jobsite footprint not much larger than the new building’s footprint, it was essential for New South to coordinate laydown areas and deliveries based on when and where the trades could work. 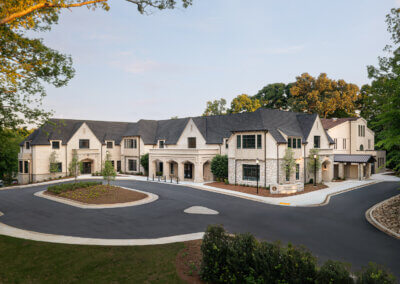 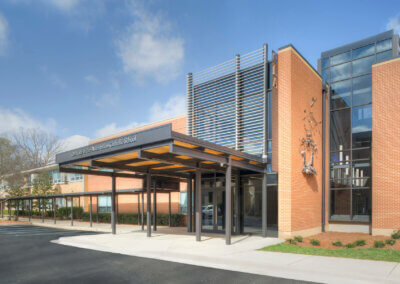 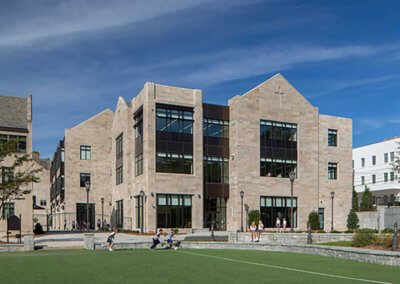 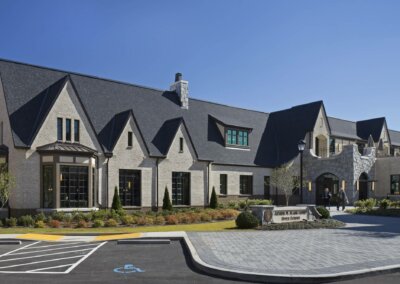 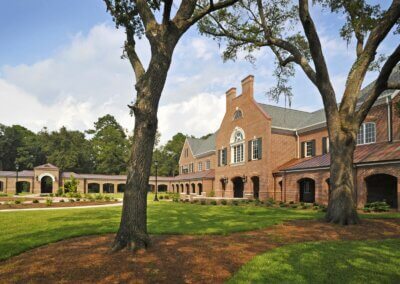 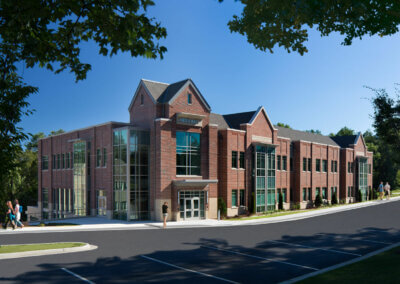