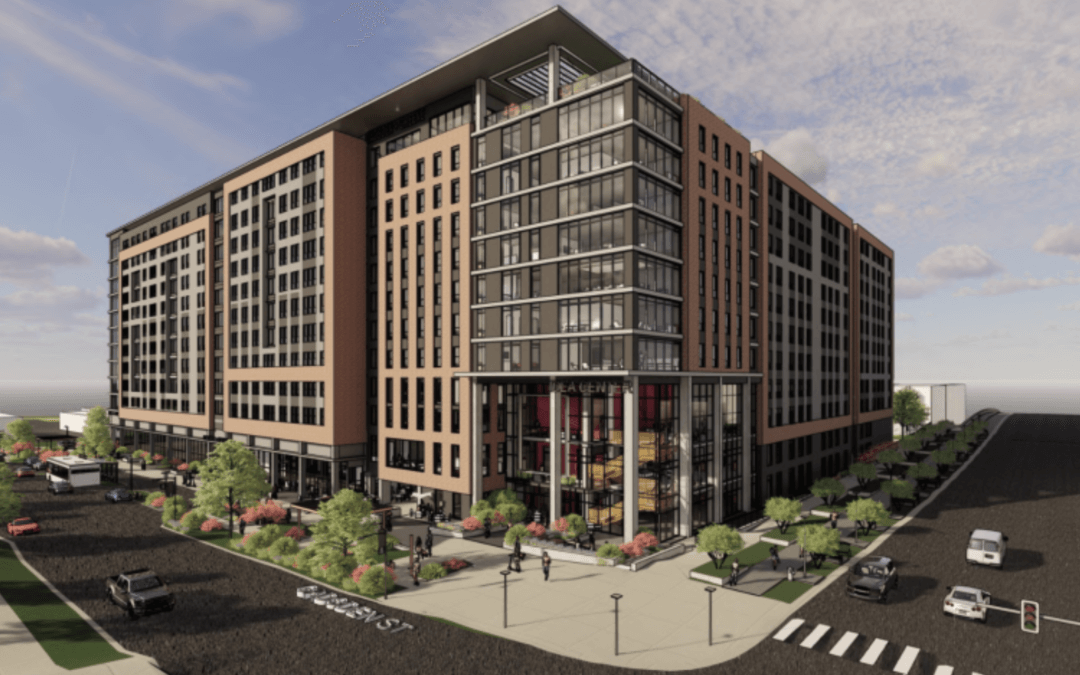 This article was written by Jessica Holdman for The Post & Courier.

The University of South Carolina Development Foundation first submitted an application to the City of Columbia in April to build the nearly 4-acre complex the foundation has owned for 20 years at the corner of Gadsden Street and Greene Street. Now the foundation is returning to the city to add nearly 200 additional beds to the building to accommodate a total of 938 USC students.

The project, called Gadsden + Greene, is valued at $170 million, making it the largest project the foundation has ever undertaken, President Jason Caskey said. The 11-story building will also have 12,000 square feet of retail space and 42,000 square feet of student meeting space.

A multi-story car park with 600 parking spaces will be built on the site. Overflow parking will be available a block away at the Discovery Garage, which the foundation also owns, Caskey said.

Caskey said the board of trustees decided the lot, which was previously used for parking lots and intramural sports, was a good spot to build more housing for the growing university because there are very few lots of that size near campus give.

The property is just three blocks from USC’s commercial, music and healthcare buildings. It is also a few blocks from the Greek Village and could help fraternity and fraternity members who are unable to live in the Greek houses themselves.

The apartment-style units will each have between one and four bedrooms, Caskey said, and will be aimed at upper class people.

Atlanta-based Holder Properties will develop the project, which New South Construction will build. These businesses were also part of the foundation’s former dormitory at 650 Lincoln St.

The foundation will seek approval for the revised plans from the city’s Design/Development Review Commission on December 15.

In the meantime, the university itself is staying on schedule with construction of its own massive $210 million student housing project, Campus Village, which will redesign the south side of the campus. When they open in autumn 2023, the four new dormitories will accommodate more than 1,800 students.