The Robert A. Deyton project is a design-build renovation of a 135,796 square foot correctional facility in Lovejoy, GA. The renovation included detention equipment upgrades including new doors, locking hardware, cameras, intercoms and an all new security electronics system for the 576-bed facility.

New South self performed the demolition and clean up, which comprised of 10 percent of the work. The systems upgrades included renovating the HVAC, plumbing and electrical, as well as removing and installing a new roof. The medical, kitchen, and laundry area were also renovated.

In addition to the renovation of the existing facility, the project also included a new 192-bed design-build addition.  Each of the three housing units features an existing control tower with an electrical room beneath. The new pod configuration houses one segregation day room and five minimum security day rooms, recreation space, a medical area, visitation, and a multipurpose room. During this phase of construction, New South added two additional washing and drying units to the existing facility to accommodate additional inmates. 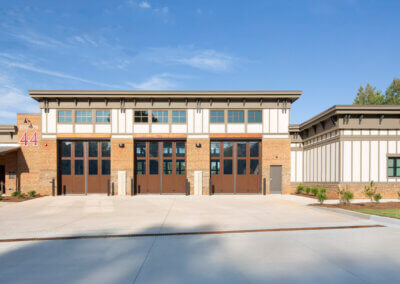 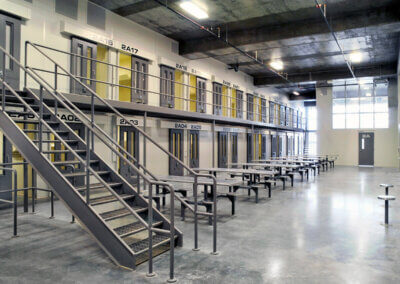 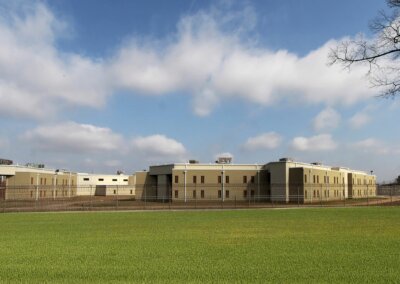 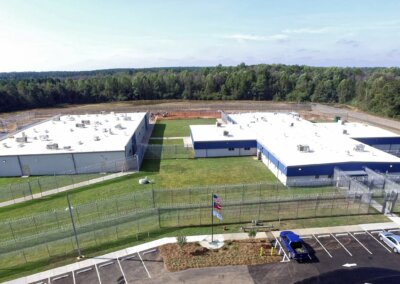 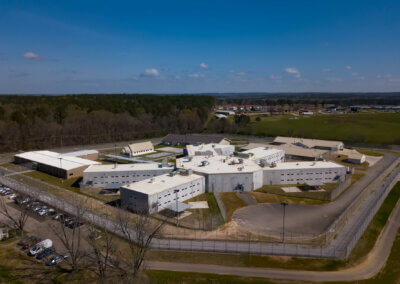 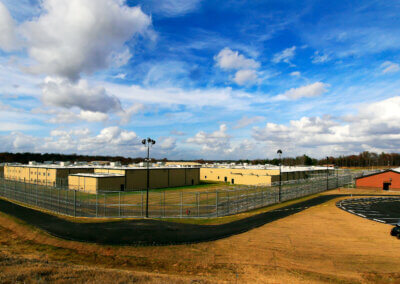 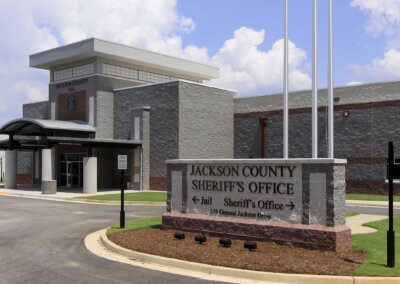