The Coca-Cola Company’s North Avenue Tower (NAT) renovation began as a phased, full renovation of 18 typical office floors in summer 2017. By the end of the project over two years later, the Builders 2020 team had built 16 office floors, two special use project team floors, and renovated three floors of executive suites at the top of the tower. What may have outwardly appeared to be a typical office buildout actually involved helicopter material lifts, temporary roof structures, intelligent building technologies, the replacement of an extensive atrium smoke exhaust system, and upgrades to aging mechanical and plumbing infrastructure throughout the building. Construction moved vertically up the tower starting with floor five; every three weeks, demolition began on the next floor vertically in sequence. Following the completion of the fifth floor in September 2017, every three weeks our team was turning over a completed floor for occupancy until we reached level 23. Levels 24 – 26 were started and completed at the end of the project as one unit, as these floors are interconnected by a shared atrium space. As demolition progressed, our team was consistently working below an occupied work floor, and above occupied floors full of Coca-Cola associates.

New South worked alongside Coca-Cola’s management and design team of CBRE, Gensler, Newcomb & Boyd, and Uzun+Case to create a truly modernized office environment for one of the most well-known brands in the world. 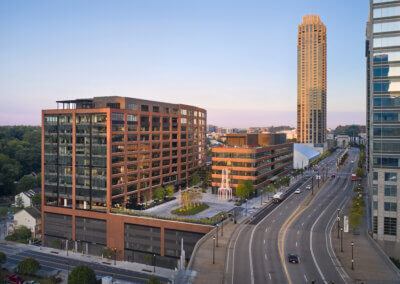 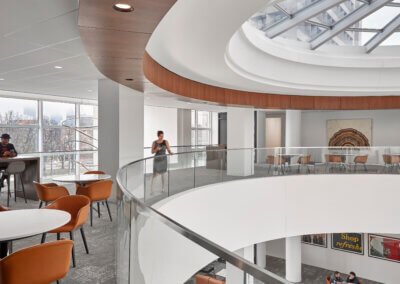 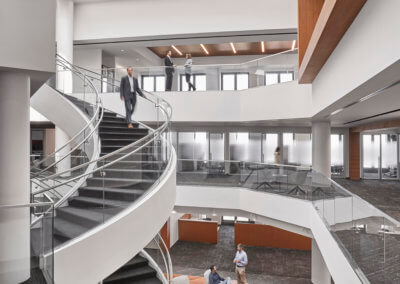 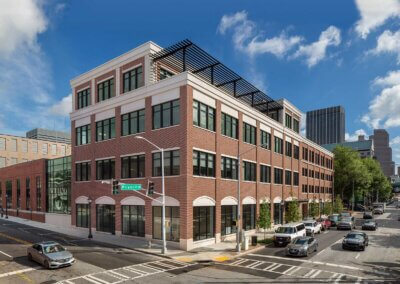 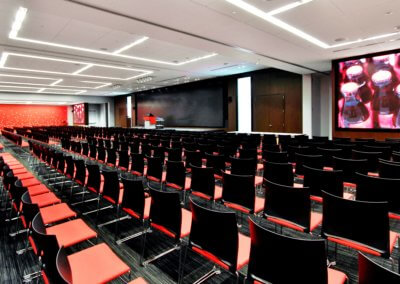